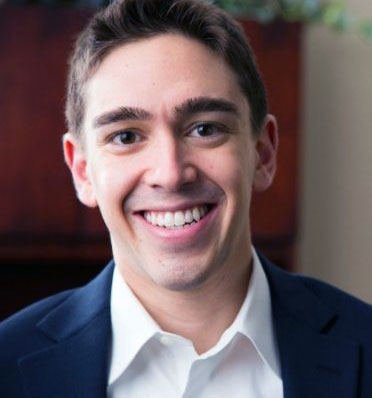 Aaron Friedman became a DHFLA client and took out an Education loan during his undergraduate days at the University of Oklahoma. The money he received while in college enabled him to focus on his studies rather than on paying for school. As a result, Aaron excelled both in and out of the classroom, gaining experiences that helped him get his first job in 2007, as Press Officer for the Consulate General of Israel in Houston.

Four years later in 2011, Aaron returned to school, this time to the University of Texas in Arlington. He pursued a graduate course of study in Industrial and Organizational Psychology. He earned his Masters degree in 2013 and was awarded his Ph.D. in August 2015. Aaron relied on federal loans and a part-time job to cover his schooling and living costs during those years. He is now employed full-time at a leadership consulting firm titled Leadership Worth Following, LLC. Aaron borrowed $22,000 from the federal loan program. Interest charges built up from the first day he received the funds. With interest the total amount has grown to $26,194. The federal program allows borrowers to spread their payments over ten years. Payments are deferred for 6 months following graduation, but continue to accrue interest.

Aaron’s monthly repayment charge will be $417 which is a monthly increase of $117 over the federal loan program payment of $300. This interest free Higher Education Consolidation loan will help Aaron save up to $9,500 in interest fees, plus his obligation will be repaid in half the time!